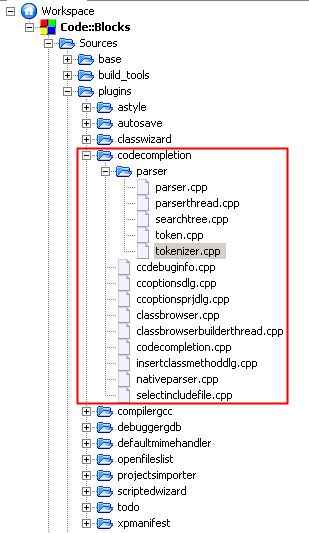 For boosting the speed of allocating Tokens, the "new" and "delete" operator were overloaded in it's base class say "class Token : public BlockAllocated<Token, 10000>". In BlockAllocated class, there is only a static member say "static BlockAllocator<T, pool_size, debug> allocator;" to keep all the pre-allocated memorys for all derived class.10000 means 10000 Tokens were allocated.