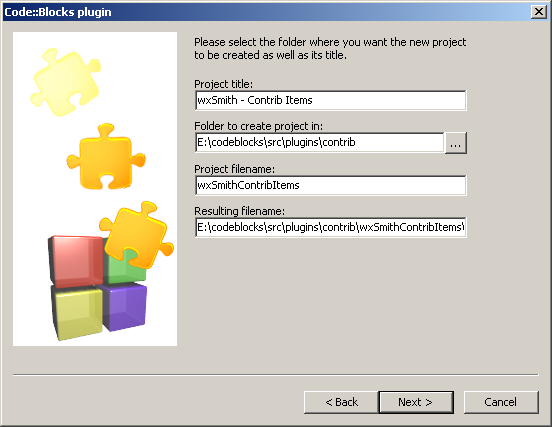 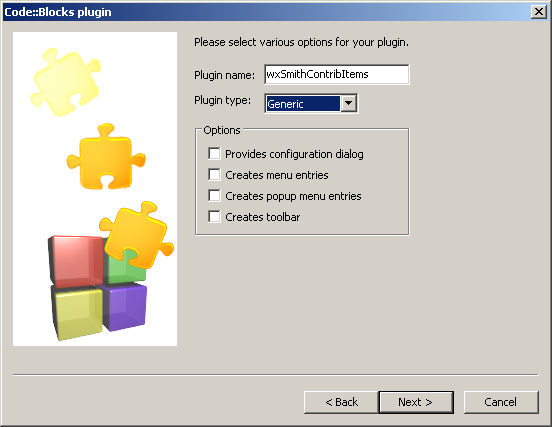 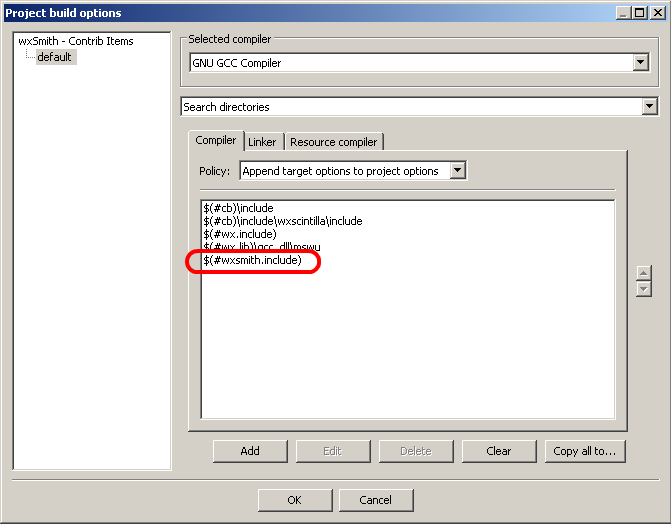 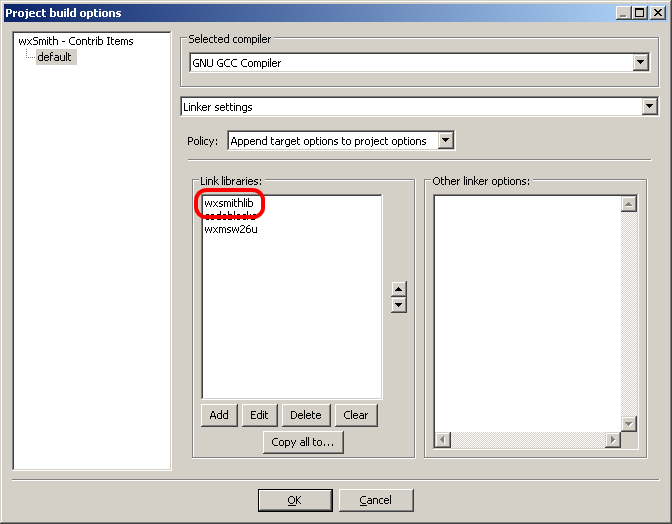 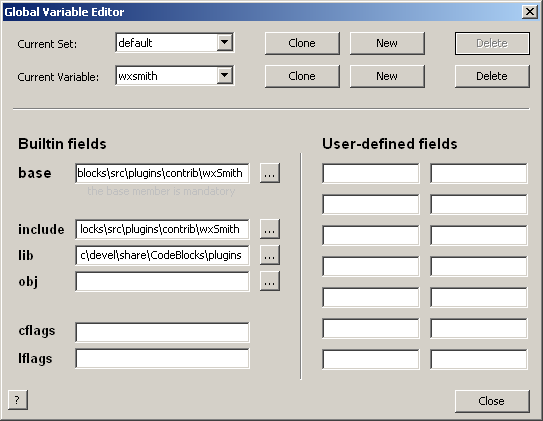 Note that include dir points to wxSmith's directory. There's no need to specify custom lib directory because it's now located in code::blocks's root path. 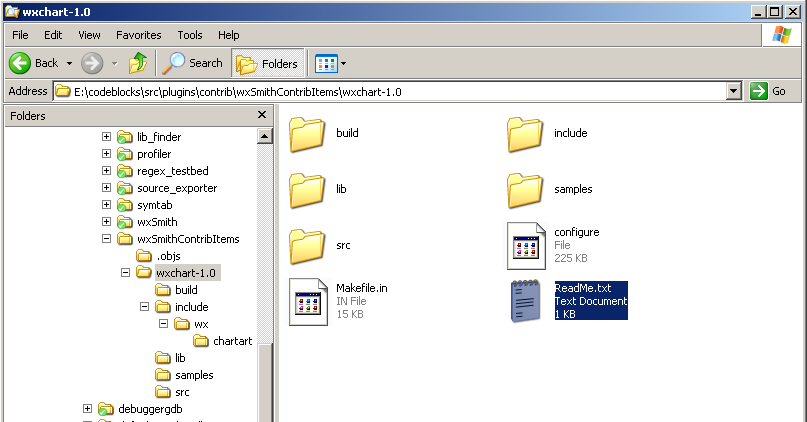 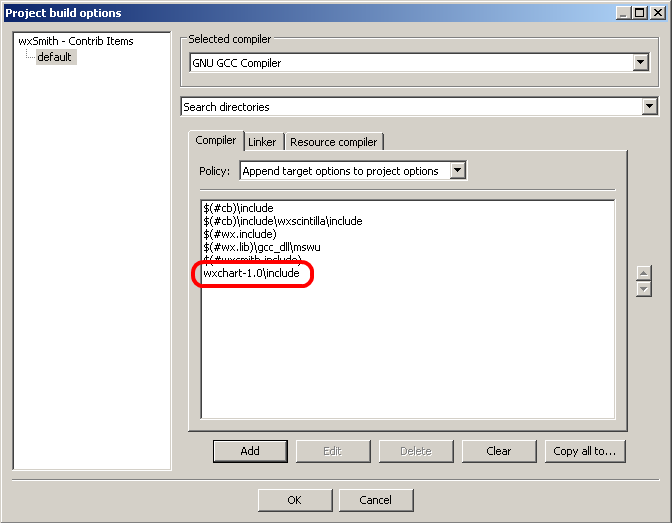 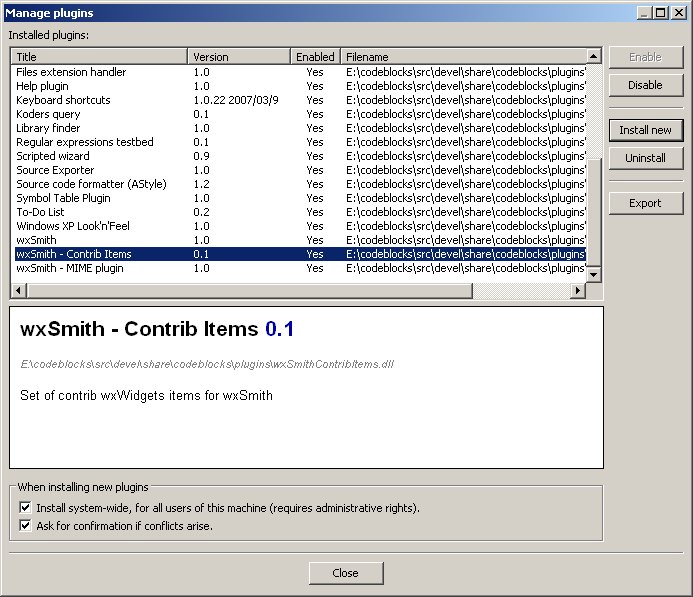 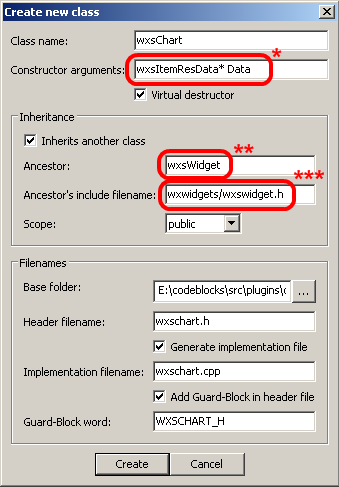 Additionally in function generating source code we list headers required by this resource. It's made by call:

where first argument is name of include file and the second one is name of class declared in this header. Adding both include name and class name may be used to generate forward declarations instead of including header which may speed-up compilation of generated files. This function can also be used to list headers (and classes) used only for resource generation purposes (like wxFont which is not required in class declaration). To add such header use following convention:

If you compare it with previous AddHeader call you may notice additional argument where on can post header flags. hfLocal means that this include (and class) is used only locally while generating resource.

Now it's time to compile out plugin. We only need to add #include <wx/chartctrl.h> to include chart control and voila, compiles fine. So, let's test it now in real C::B environment. 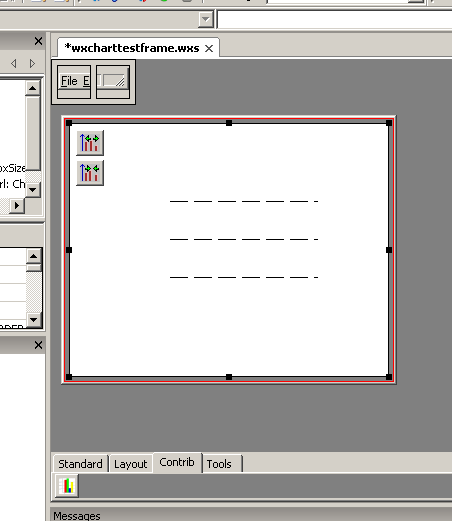