The newest svn-versions are also available as prebuild binaries made available by users.
You can find links to the downloadpages in the actual posts in the [/index.php/board,20.0.html Nightly Builds] forum.
For debian you find packages on my server.


As test you can run 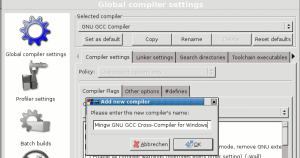 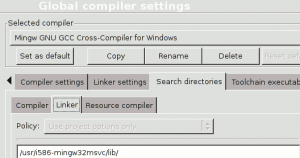 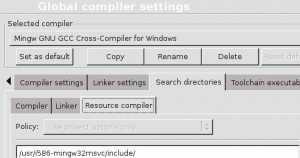 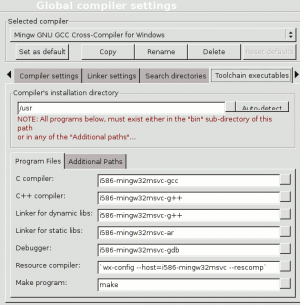 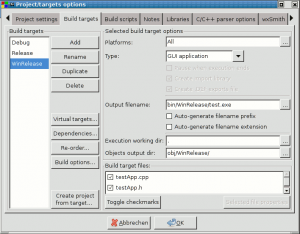 Until now I haven't been able to make a cross-compiled program run on MS Windows with wxWidgets dll's compiled on MS Windows, so I prefer using the static libraries.

If you want to run it on MS Windows you need mingwm10.dll for statically linked executables or you have to make sure the appropriate dll's exist on the target system.
In any case the needed dll's have to be in the same directory or at any other place in the search path.
I think the most secure way is to ditribute them in the executables directory to make sure they don't interfere with existing wxWidgets dll's.
I wasn't able to use dll's build on windows together with a cross-compiled executable. Because of that I prefer a statically linked program that only needs mingwm10.dll. By doing so I avoid runtime errors.

mingwm10.dll is part of the mingw32-runtime-package and can be found (gzipped) in /usr/share/doc/mingw32-runtime/ (at least on debian systems). 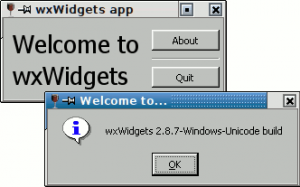